The GPS in Our Brains

Neuroscientist Sung Soo Kim zeroes in on the mechanism that allows us to navigate new and different environments.

The GPS in Our Brains 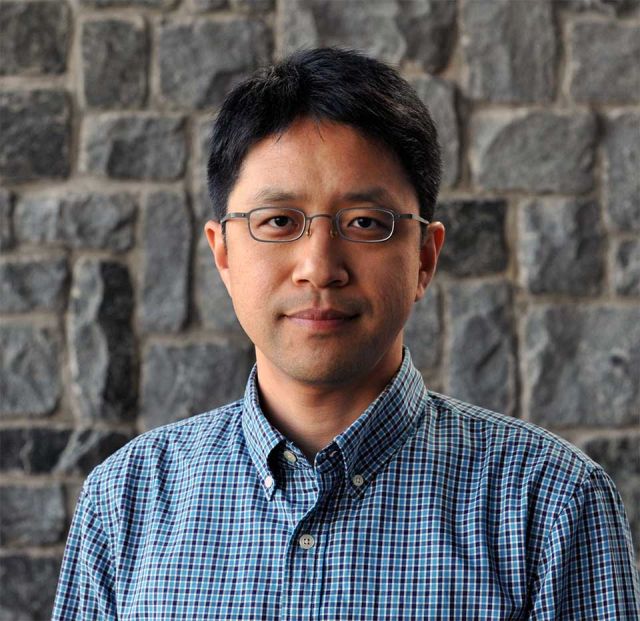 Humans are really good at navigation. It’s how we managed — over eons — to migrate across the world’s great landmasses and oceans. It has enabled us to to find our way around areas as vast as space, and to get from the bedroom to the bathroom and back again in the middle of the night.

This innate ability is so natural we neither notice nor question it.

But it has captured the attention of UC Santa Barbara neuroscientist Sung Soo Kim, and in a new paper published in Nature, Kim zeroes in on the mechanism responsible for our reliable senses of direction, particularly in new and different environments.

“It’s a very flexible system,” Kim said of a network of neurons that fire in synchrony, serving to convert sensory cues into a stable sense of direction we hold in our brains. For example, he said, “When you walk into a really new environment, within a few moments, your sense of direction is already established. Once established, it becomes stable and you’re not confused about the direction you’re facing.

“Even if the lights are turned off,” added Kim, an assistant professor in the Department of Molecular, Cellular and Developmental Biology, “your brain maintains that sense of direction and updates it as you move around.”

This phenomenon represents a balance between the stability of the sense of direction that allows for planning and goal-oriented behavior in animals, and the real-time remapping needed to adapt and have meaningful interactions with the environment.

Key to this flexibility is an old neuroscientific idea, according to Kim.

“It’s called the Hebbian rule,” he said. “What it says is when two neurons fire together, the connection between them becomes stronger, and they fire together more in the future.” Summarized simply as “Cells that fire together wire together,” this rule accounts for a large percentage of how animals learn, how memories are maintained and how, for example, after repeated trips between work and home, we manage to drive ourselves from one to the other on virtual autopilot. 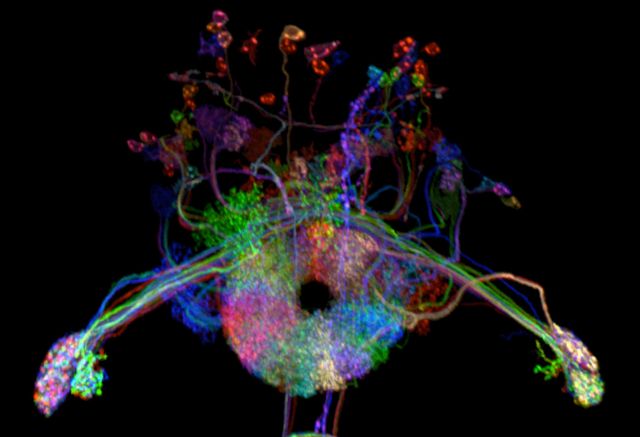 This Hebbian rule hypothesis has been proposed to explain the same kind of flexibility of the sense of direction observed in mammals. However, proving this plasticity between neurons in navigation has been challenging in mammals for several reasons, not the least of which is that this orchestra of neurons — including head direction cells, border cells, grid cells and place cells, collectively known as “navigation neurons” — number in the millions and are scattered throughout many areas of the mammalian brain. Further, it is not trivial to access the neurons of the same identity across animals due to technical limits.

In fruit flies (Drosophila melanogaster), however, the system consists of far fewer neurons and is much simpler: approximately 50 “compass neurons” arranged in a donut-shaped brain structure called ellipsoid body. Tiling the perimeter of the ellipsoid body like pizza wedges, this network of compass neurons allows the fly to update its sense of direction consistently in any direction. At any moment, about ten neighboring compass neurons are active. This localized activity “bump” shifts around the ellipsoid body that corresponds to changes in the fly’s orientation. This activity bump serves as a compass needle that other brain areas can then use in their functions.

In one series of experiments Kim and his team tethered flies and let them fly in a circular virtual reality arena. The flies could change the direction of the virtual scene by changing their left and right wing beat amplitudes, just like in a virtual reality video game. While recording the activity of compass neurons, Kim and his team found that the position of the activity bump, the compass needle, was not the same across flies in the same direction of the same virtual scene. The activity bump of each fly shifted as the direction of the virtual scene rotated. That is, the compass needle properly functioned in each fly. Yet the position of the bump relative to the scene was almost random across flies. The researchers reasoned that this was the “natural outcome of plasticity” in synapses that allowed flexible mapping of the compass system across different scenes.

Using optogenetics — a technique that uses light to activate genetically modified cells (typically neurons) — Kim and his team created artificial bumps in the flies’ ellipsoid bodies. Pairing them with a direction of the virtual scene “placed at a predetermined angular position in the arena relative to the bump” essentially reset the sense of direction of flies as the researchers wanted. Repeating this experiment across all directions of the scene for about five minutes enforced the compass system to ‘learn’ this new relationship between the bump position and the direction of the scene. The results, Kim said, proved that the remapping of the relationship between compass neurons and the scene is experience-dependent. 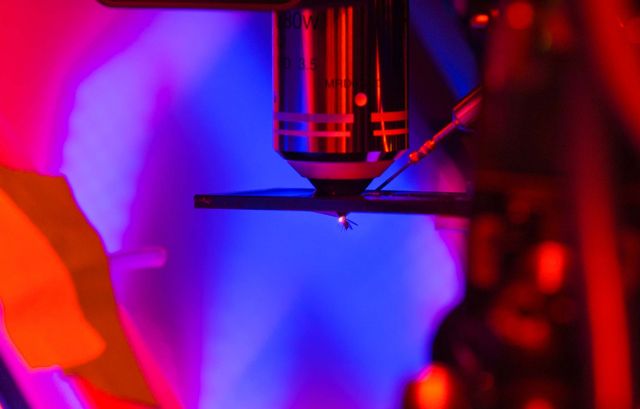 Translation? “Whenever you go into a new environment, when you look around, each neuron responsible for each direction makes a new connection or updates the old connection,” Kim said. Then, the longer the compass neurons “record” the scene, the more stable the sense of direction becomes.

Mammals might indeed have the same type of network structure and connectivity, said Kim, adding that finding ways to prove it in mammals is a very active area of research. Further, “the network architecture of the compass system and the experience-based flexibility have been proposed multiple times in mammalian literature.” In fact, at the single-cell level, the same phenomenon has been reported in mammals.

“This is the first study showing, at the population level, how this kind of flexible process works in the brain,” Kim said.